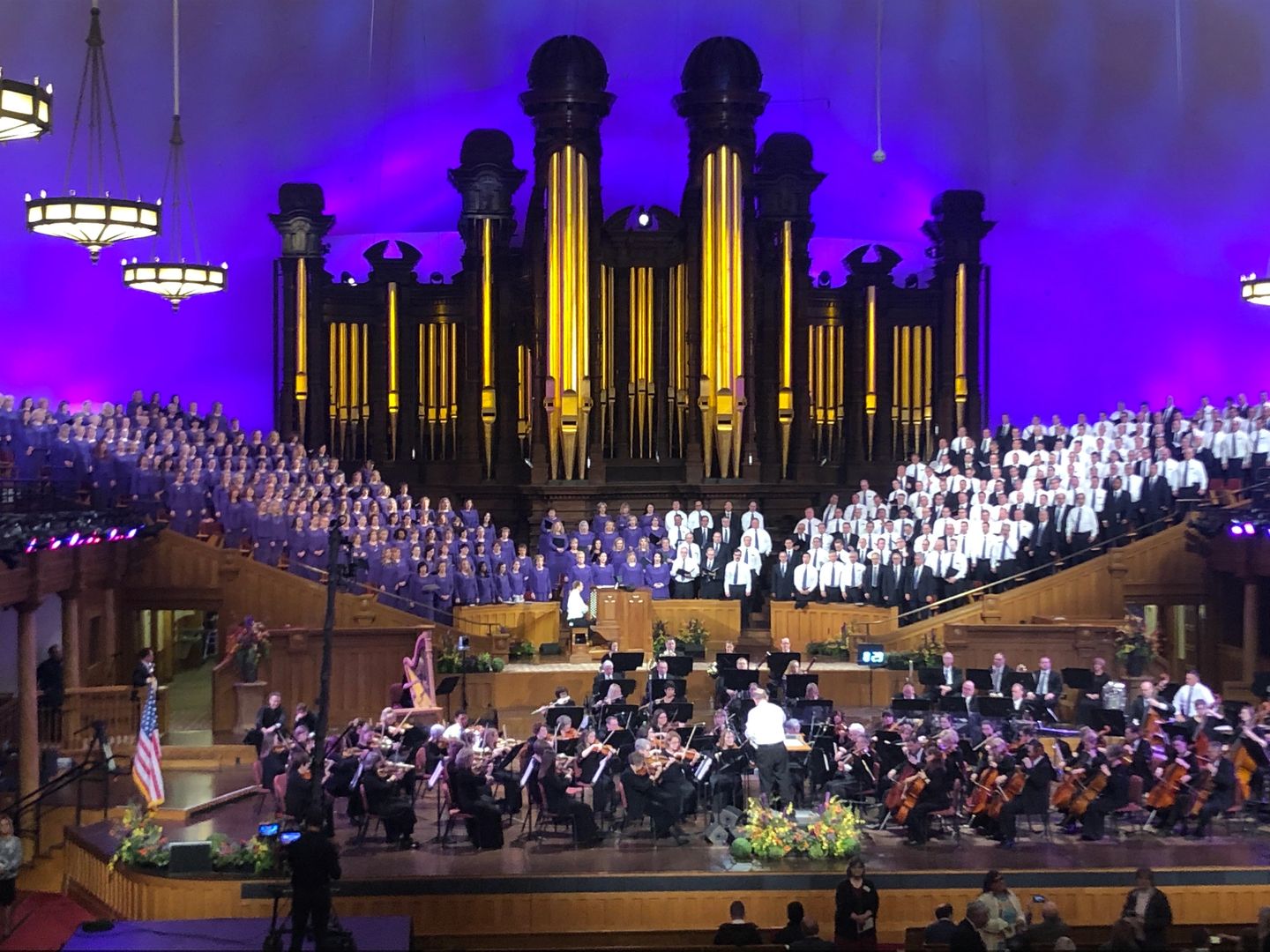 The Mormon Tabernacle Choir is a bad-ass outfit.

If you’ve ever watched them perform “The Battle Hymn of the Republic” or “Amazing Grace” or marveled as they reduced President Ronald Reagan to tears at his inauguration, you know what I’m talking about.

I watched them perform “The Sound of Music” (and other songs) live in person this past Sunday and it was pretty epic.

Turns out The Mormon Tabernacle Choir, among many other claims to fame, produces the longest running broadcast in world history. Who knew?!

The show is called “Music & The Spoken Word.” It airs live every Sunday at 9:30 a.m. Mountain Time and features performances by the internationally renown choir and orchestra (music) interspersed with inspirational messages of Christian faith (the spoken word).

“Music & The Spoken Word” has been on the air live from Salt Lake City every Sunday since 1929, first on radio, and then on TV since 1949. That’s nearly 5,000 consecutive Sundays on the air, for those of you keeping score at home. In each case, it’s apparently the most venerable program in broadcast history.

Here’s the best part: you can watch the choir perform the show live every Sunday. And it’s free!

You can actually watch them perform twice. The doors to the Tabernacle open at 8:30 a.m. so that you can get seated while the choir rehearses. They rehearse the whole show, religious songs mixed with the occasional pop song, plus the spoken message.

Then at 9:30 the show goes live around the world. Music, words and spirited images of the beautiful Utah countryside that are shown on TV. It’s pretty uplifting, my friends.

The famous line “the hills are alive with the sound of music” resonates with particular power sitting there in the Salt Lake Valley surrounded by the towering snow-capped Rocky Mountains.

These days “Music & The Spoken Word” is syndicated around the world on more than 2,000 TV and radio stations, including Armed Forces Radio, and of course it’s available on the internet.

All the singers and musicians are volunteers, too. A 360-person choir plus 110-piece orchestra. Many are professional musicians. But all volunteer their services to the church.

“Music & The Spoken Word” is deeply ingrained in the culture of Utah. More a part of Sundays than the NFL.

The choir was founded in 1847, just weeks after the Mormon pioneers arrived upon the Great Salt Lake, so that the settlers could pay tribute to God through their music after their long, difficult journey across the continent.

The Mormons basically built a choir before they built homes. So that’s how important the Tabernacle is to the community.

The Mormon Tabernacle today is, regardless of religious affiliation or faith, a great American institution. Reagan called it “America’s Choir.” And it’s pretty awesome to see live in person.

Nobody cares if you check into Key West airport drinking booze